Do We Have to Move Out to Get Divorced in Illinois? 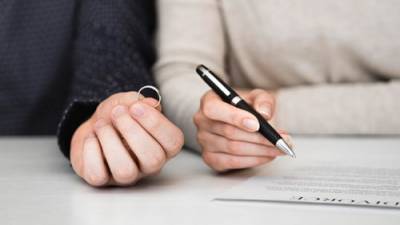 When a couple knows the marriage is over, divorce is inevitable. However, before couples can divorce, Illinois law requires them to meet a legal standard that shows they have irreconcilable differences, that past attempts at fixing the marriage have failed, and that future attempts would fail as well.

Couples can still live together, file for divorce in Illinois, and finalize the divorce on the same day - as long as there isn’t any objection from either party. But if one party does object, or denies there are irreconcilable differences, a six-month separation period is considered proof by the court that there are irreconcilable differences and that the marriage has broken down.

In this article, we’ll explore what it means to live separate and apart, and how couples who wish to do it can establish the six-month separation period.

What is a Separation Date?

Living separate and apart for six months shows that a couple has reached the point where their differences are irreconcilable, that they have considered the ramifications of divorce seriously, and that divorce is still the best option.

In order to show they have lived separate and apart for at least six months, couples must establish a separation date. However, couples do not necessarily have to agree upon the same date. If one member of the couple decides that they are no longer interested in marital intimacy, the separation date could be from the time that the couple stops being intimate. Or if a member of a couple begins another relationship, and their spouse finds out later, the separation date could be the date the affair began.

Can We Live in the Same House?

During the Covid-19 pandemic, many couples were unemployed or living under shelter-in-place orders. Moving out and establishing separate residences was especially difficult during this time. Illinois law recognizes that not everyone can afford to live in separate residences.

Therefore, couples who decide to stay under the same roof for any reason can still establish that they live separate and apart, and file for divorce.

What if We Try to Reconcile the Relationship?

Often, couples will attend therapy or make other efforts at saving the relationship before deciding that divorce is still the best option. Under Illinois law, attempts at reconciliation do not count against divorcing couples who seek to show a separate date prior to reconciliation.

Each separation case is different and hiring an experienced lawyer can help you avoid mistakes that may be costly in terms of time and money. Talk to a Kane County divorce attorney today to discuss your situation. The legal team at Mirabella, Kincaid, Frederick, & Mirabella, LLC can help you understand your options under Illinois law. Contact MKFM Law for a confidential consultation at 630-665-7300.