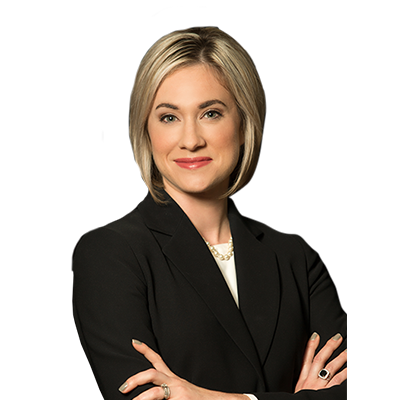 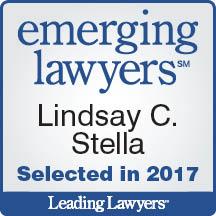 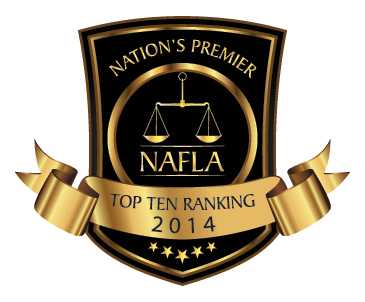 Download Resume
“The ultimate success of a case is based on the priorities of the client. Each case and client are unique, and the representation of Family Law clients requires that the lawyer have the skills necessary to acknowledge, recognize, and concern oneself with exactly what that specific case and client require during the representation. The lawyer must then couple that knowledge, with their expertise, to zealously advocate for the client, whether it be in court, or during the negotiation process.” -Lindsay Stella

Lindsay C. Stella is a Partner at Mirabella, Kincaid, Frederick & Mirabella, LLC and a highly respected attorney in the legal community. Ms. Stella’s practice is exclusively devoted to Family Law and School Law matters. Ms. Stella represents clients in all aspects of Family Law, with particular focus on Pre-Nuptial and Post-Nuptial Agreements, complex financial situations, complex custody issues, cases involving mental health matters, marital business interests, and high-net worth cases. Ms. Stella also works in the area of School and Education Law. Ms. Stella represents parents and children in disputes with schools regarding a child’s rights as it pertains to disciplinary actions and other matters that may arise in a school setting.

Ms. Stella is a seasoned litigator, but she believes that working towards a resolution at the outset of a case is in the best interest of all parties. After working with her clients to determine their ultimate goals, Ms. Stella advises her clients about their options, provides her sensible advice, and guides them through the process. Ms. Stella earned her Bachelor’s Degree in English with high honors from Southern Illinois University Carbondale and her Doctor of Law Degree from Western Michigan University Cooley Law School. In law school, Ms. Stella focused her studies in litigation and graduated with a Concentration in Litigation. Ms. Stella joined Mirabella, Kincaid, Frederick & Mirabella, LLC in 2011.

Ms. Stella has been named an Illinois Super Lawyers Rising Star for six years in a row as published in Chicago magazine. Ms. Stella was also named Emerging Lawyer in 2017 and 2018 and Ms. Stella maintains a 10.0 Superb Rating on Avvo for client satisfaction. She was also named one of the Top 10 Most Influential Suburban Moms by Glancer Magazine in May 2015.

Ms. Stella is passionate about children and works with the DuPage Justinian Society of Lawyers every year to raise money for Ronald McDonald House Charities. She was instrumental in raising funds to build the Winfield location. Ms. Stella lives in Naperville with her husband and their two children.