The Difference Between Decision-Making Responsibilities and Parenting Time 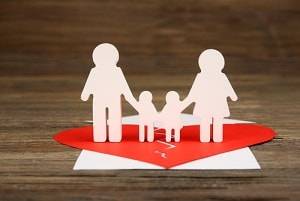 Parents who are no longer married to or romantically involved with one another often face serious challenges in developing an agreement regarding the allocation of parental responsibilities. In most cases, both parents want to continue to play an important role in their child’s life and are willing to compromise to make that happen. Sometimes, however, the parents cannot reach an agreement on their own. When this happens, the court must step in and assign parental responsibilities and parenting time in a manner that promotes the child’s best interests.

The first consideration for divorcing or separating parents is the authority for significant decision-making regarding the child. Significant decisions include any concerns that will impact the child’s life over a long period of time, such as education, health care, religious upbringing, and extracurricular activities. Decision-making authority may be granted to both parents equally, solely to either parent, or any combination of the two. For example, one parent could be responsible for educational and healthcare decisions while the other parent is responsible for all religious training, and both parents share responsibility for extracurricular activities.

The second area of concern involves the time that the child will spend with each parent. Formerly known as visitation, such time is now called parenting time and is generally allocated in accordance with each parent’s ability and willingness to provide for the child. Work and school schedules are typically taken into account in developing a parenting time schedule that meets the needs of the child as well as those of each parent. Parenting time may be split relatively equally, or one parent may have substantially more time than the other.

If you have concerns related to the allocation of parental responsibilities, an experienced Kane County family law attorney can help. Call 630-665-7300 to schedule a confidential consultation at MKFM Law today. We can provide the answers to any questions you may have and offer responsible representation in your child-related case.