How Do Spouses Hide Assets During an Illinois Divorce? 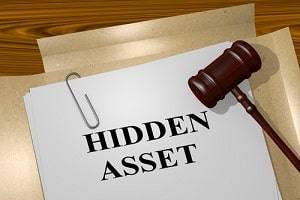 During an Illinois divorce, spouses are asked to disclose detailed information about their assets, income, and debts. This information is needed to make informed decisions about property division, child support, spousal maintenance, and other concerns. Some spouses attempt to hide assets, underreport income, or otherwise falsify financial information in order to manipulate the divorce settlement in their favor. Uncovering financial fraud during divorce is often challenging and complicated – especially if a spouse owns complex assets such as stock options, real estate, trusts, or a business. In many cases, a forensic accountant may work with a divorce lawyer to investigate a spouse’s finances and reveal any deception.

Whether a divorce is settled out of court or through litigation, the terms of the divorce should be based upon accurate, complete financial information. Unfortunately, some spouses try to gain an advantage by misrepresenting their financial situation. Some of the most common ways that spouses hide assets during divorce include:

How Will Getting Divorced Affect My Retirement Accounts in Illinois? 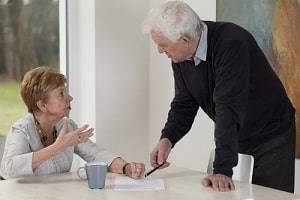 You may be surprised to find out that one in four divorces involve spouses who are over age 50. Increasingly, couples are getting divorced later in life. This so-called “gray divorce” often comes with unique challenges and complications. If you are considering divorce, one concern you may have is how the divorce will affect your retirement plans. You may question how much of the retirement account will be awarded to your spouse or worry about whether you will have the funds necessary to support yourself after you stop working.

Is My Spouse Entitled to a Portion of My Retirement Fund?

While some states divide marital property 50/50 during divorce, Illinois courts take a more nuanced approach to the division of assets. Illinois follows a legal doctrine called “equitable division,” which means that marital property is divided equitably based on each spouse’s financial circumstances, health, and needs. Only marital property, or all property acquired during the marriage, is divided during a divorce. The nonmarital property, or property accumulated before the marriage, is assigned to the original owner. Typically, the portion of a retirement account that was acquired during the marriage is subject to division while the portion of the retirement account that a spouse earned before getting married is not subject to division.

How Can Family Law Mediation Help Resolve Issues During My Divorce? 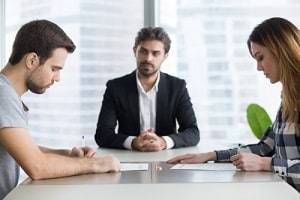 Before you and your spouse are granted a divorce you will need to try and reach an agreement about the division of marital assets, allocation of parenting time, spousal maintenance, and other divorce matters. Resolving these issues can be a very difficult process – especially if you and your spouse do not see eye to eye. If you cannot reach an agreement about these issues on your own, one option that may help is family law mediation. The mediation process has helped countless divorcing spouses settle divorce issues so they can avoid courtroom litigation.

What Does Divorce Mediation Entail?

Understandably, many spouses struggle to discuss divorce issues without letting emotions get in the way. Having a neutral third party who is trained in conflict resolution present throughout the process can be a huge benefit. During divorce mediation, a divorcing couple meets with a specially trained mediator to discuss and negotiate unresolved divorce issues. The mediator’s job is to facilitate productive conversations so spouses can find solutions that work for both of them.

Keeping It Civil: Amicable Divorce and Preparing for the Long Road Ahead 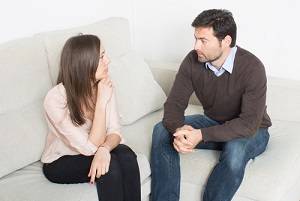 It is no secret that ending a marriage can be messy. In many cases, it can be downright nasty, with acrimony and contentiousness that can linger for many years after the divorce is finalized. Of course, there is no requirement that your divorce must follow such a path. The law in Illinois, in fact, explicitly encourages just the opposite. A cooperative, negotiated divorce is almost always preferable to fiercely litigated dissolution, and can help pave the way for a more civil post-divorce relationship between you and your ex-spouse.

If you were to step back and objectively assess yourself, are you likely to do something just because you were told to do it? While you may be able to follow orders, you are probably much more willing to do so if you had a role in creating them. An amicable divorce offers the opportunity for you and your spouse to do just that. Together, you can create a workable agreement that addresses whatever concerns each of you may have. Long-term compliance may be significantly improved if you both feel that you were an important part of the settlement.

As challenging as it may be to work in close collaboration with your soon-to-be ex-spouse, consider how your children may be affected by the divorce process. Of course, you and your spouse will have difficult personal issues to work through, but your children can learn a great deal about resolving differences in a cooperative and civil manner. It is important for your children to know that disagreement is possible in a manner that still maintains civility and respect for the other party. Your commitment to cooperation can also lead to your children being more willing to adapt to the upcoming changes, as they start to share your positive outlook.

Commingled Assets Are Often Subject to Division in an Illinois Divorce

Dividing marital property is one of the challenges for any couple going through a divorce. Simply identifying marital property can prove to be an arduous process, due to the complexities of the law in Illinois and the way in which many married couples maintain their household finances. A large number of couples may find themselves dealing with commingled property, without even realizing how they got to that point.

Illinois law provides that any property acquired by either spouse during the marriage is considered part of the marital estate, except property that was acquired through gift, legacy, or descent. The law also creates exceptions for assets received in exchange for (e.g. proceeds from selling) non-marital property, whether the original property was a gift, inheritance, or acquired before the marriage. While the law attempts to be fairly straightforward, the realities of many marriages make things considerably more complicated.

What’s Mine Is Yours

Not every couple will do so, but many, if not most, people enter a marriage with the expectation of completely sharing a life together. They are not considering the possibility of the marriage ending at some point, and, thus, are perfectly willing to combine assets and property. This usually includes property that was owned prior to the marriage, which according to the laws governing divorce would be non-marital property.