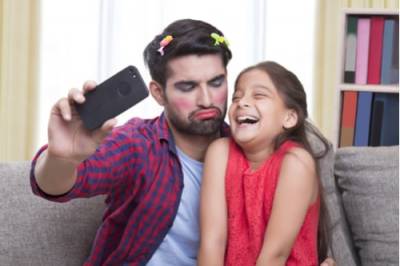 Divorce is not an entirely new phenomenon but it has certainly become more socially acceptable and widespread over the last 40 or so years. As divorce became more commonplace in the 1970s and 80s, a divorcing couples’ children were generally left under the care of their mothers. Divorced dads, by and large, seemed to be less important—with the exception of child support—in the bigger picture of raising the children.

In many ways, this custom was a reflection of the cultural belief that mothers were more nurturing and more inclined to raise children properly compared to fathers. While fathers were given occasional “visits” with their children, it was difficult for men to foster true parent-child relationships with their sons and daughters. In fact, many were more like an uncle figure or family friend than a dad.

Since then, family and relationship experts have conducted dozens of studies regarding the health and well-being of children after divorce. Many such projects looked directly at how children in joint or shared parenting arrangements fared compared to those in sole custody situations. These studies have been conducted using different methods, both in the United States and in other countries, and the results have been largely the same. Children who spend a significant amount of time with each parent—35 percent or more—tend to do better socially, psychologically, and academically than children who live with one parent and just visit the other. Shared parenting arrangements also result in better relationships between the children and both parents.

It would stand to reason that parents who can reach a shared parenting agreement on their own are more likely to provide stability and security for their children than parents who are forced into such an arrangement. At least one researcher, however, has found otherwise.

Linda Nielsen, a professor at Wake Forest University, dug deeply into the existing studies and discovered that joint parenting was a benefit to the children even when conflict between the adults was high or one parent opposed the idea. She also found that the benefits of shared parenting transcended income and socioeconomic status. Her work concluded that the more positive outcome for children was based more on time with each parent and quality relationships and less on circumstantial or financial factors.

If you are a divorced parent or a parent going through a divorce now, an experienced Kane County family law attorney can help you determine the best parenting arrangement for your situation. Contact our office to discuss your available options. Call 630-549-0960 for a confidential consultation at MKFM Law today.