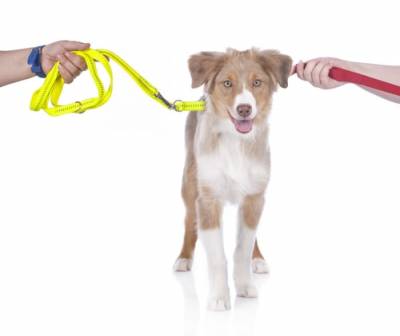 Over the last few years, the American Association of Matrimonial Lawyers (AAML) has reported that a solid quarter of its members are seeing an uptick in disputes over the custody of a family pet during divorce proceedings. While pets are often legally classified as property, pet owners know better. They are real, genuine members of the family who give love and affection and ask for very little in return. However, if your divorce goes badly, or if both you and your spouse have strong feelings about your pet, you may wind up in a difficult battle over your furry friend.

Despite your very strong feelings on the matter, a pet is considered to be property for the purposes of a divorce proceeding. That means that the animal is subject to the agreement you and your spouse reach regarding the division of your property, unless you have established more specific provisions beforehand (such as, for example, in a prenuptial agreement). Courts do, however, recognize that the situation is somewhat unusual, as most property is not sentient nor does it have feelings.

Still, as one might guess, the same law applies to awarding possession of a pet in most states as it does to awarding possession of, for example, an Oriental rug. The same penalties also apply, including being potentially held in contempt of court if you attempt to lie or conceal the whereabouts of your pets. This may result in jail time or fines.

While a pet is still not a child, courts in the U.S. have adopted a sort of standard that takes into account the situation that would best benefit the pet in question. Cases in the past, such as In re Marriage of Stewart, state that the court does not have to consider the best interests of, say, a dog as they would those of a human child, but nonetheless, “courts should not put a family pet in a position of being abused or uncared for.” More recently, an Illinois appeals court refused to apply the “best interest of the dogs” standard when it rejected a petition for pet visitation in a divorce. Instead, the court applied a “best for all concerned” standard.

This standard takes into account a number of factors when it is applied, including:

These factors are primarily based on common sense, given that courts have no interest in making animals suffer or intentionally putting either spouse at a disadvantage.

Put an Advocate on Your Side

Deciding what will happen to the family pet is just one of many difficult topics that must be addressed in a divorce. Contact an experienced Kane County family law attorney to get the guidance you need from a team that is committed to protecting your rights. Call 630-665-7300 for a confidential consultation today.