Handling Valuable Assets During a Divorce 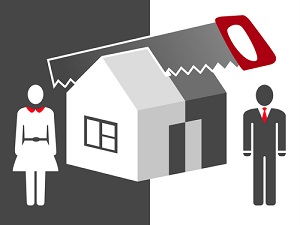 Divorce can affect couples from all walks of life, even the financially flush. However, when wealthy people decide to end their marriage, the proceedings can differ somewhat from those who have relatively few assets to divide. For a wealthier couple, there will understandably be a more prolonged discovery period, as well as a focus on ensuring that all assets are properly identified and evaluated.

What Is Equitable Distribution?

The primary issue in high-value divorces is that because so much is at stake, each party is more likely to dig in and fight for what they see as their rightful share. In some cases, however, it is not the spouses but the court that decides what is an appropriate distribution. Illinois is an equitable distribution state, meaning that property is not divided 50/50 as it would be in a community property state. Rather, experts help evaluate each asset so that each party may receive a share that is equitable and fair based on the circumstances of the situation.

In order to make a truly equitable distribution, it is important to first assess the true size of the marital estate. If either or both parties attempt to hide assets or income streams, a clear picture cannot be obtained. Illinois law permits the court to use experts such as financial advisors—each side may also employ their own—to ensure that all relevant information about marital property is shared between the spouses. As needed, several issues may be investigated, such as asset hiding, unauthorized transfer of property—which is against the law in Illinois under the Uniform Fraudulent Transfers Act, or UFTA—and any existing premarital agreements.

Before the marital estate can be distributed between the parties, the next step is to work out which assets qualify as marital property and which do not. This can be quite difficult, especially when property is used jointly or was paid for with marital funds. According to Illinois law, all property acquired by either spouse during the marriage is considered marital property, with certain, limited exceptions for:

While this may seem clear-cut, cases can quickly become complex, especially if marital funds were used to purchase an item that one spouse later alleges is non-marital property. It is not uncommon for assets to be commingled, and if this does occur, the asset will likely be considered as transmuted into marital property and its value absorbed by the estate.

High-value assets may be worth fighting for, but it is very difficult to do so alone. Contact an experienced Kane County divorce lawyer to discuss your situation and your available options. Call 630-549-0960 for a confidential consultation with a member of the team at MKFM Law today.