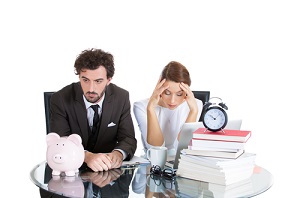 Illinois is a state that utilizes the equitable distribution theory of asset division when a couple is divorcing. This means that any assets acquired during the marriage will be divided fairly between the parties, based on a number of factors like future earning potential. However, what many forget is that this is true for marital debts as well. If a debt is incurred during the marriage and classified as marital, the responsibility to repay it may be divided between the parties.

Illinois courts take a number of factors into account when deciding how to best apportion debts to the party best able to pay. It is imperative that you be familiar with such factors, because once property is divided, it is almost impossible to obtain a redetermination unless truly egregious error has occurred.

A partial list of the criteria Illinois judges take into account when determining who is best suited to pay off marital debt includes:

It is important to remember that a judge will not take marital misconduct (such as cheating) into account when ruling on property and debt division. Personal feelings and misconduct may matter between the spouses, but Illinois law does not allow for such concerns to be taken into account during divorce proceedings. The rationale is that people do and say inappropriate and impractical things when they are motivated by strong emotion, and marital misconduct understandably provokes strong emotion.

Ask a Divorce Attorney for Help

Property division is arguably the most complex part of many divorces, and it is very easy to get confused about rights and responsibilities when it comes to debts and assets. Asking a good lawyer for help can make a big difference. Contact a skilled Kane County divorce attorney at MKFM Law for guidance with your case today.