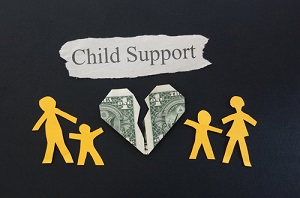 Another way outstanding support obligations are often handled is that if you owe more than $500 (or if you owe $150 and the recipient parent is on welfare), the Department of the Treasury may be notified and your income tax refund may be seized. The rationale for this is that a tax refund is in essence a windfall, and to obtain a windfall while having an outstanding obligation would be contrary to public policy.

These are the most often used ways to address child support arrears when the amount is, by state standards, negligible; if the amount is significantly larger or if it can be shown that you refused out of malice to meet your obligation, you can actually be charged with a misdemeanor. In Illinois, the Non-Support Punishment Act mandates sentences from small fines all the way up to jail time if you have the means but do not pay.

Both federal and state governments have expressed the view that helping custodial parents collect child support is in the government’s best interest. As such, state courts have full authority to intervene and attempt to force payment from a parent who is in arrears and do so under the aegis of the federal government. They can do this in a myriad of different ways.

For example, employers are required to report all new hires to their state’s child support agency. In Illinois, the Department of Child Support Services fills this role. The state agencies coordinate with the federal National Directory of New Hires (NDNH), which checks records to see the new hire’s child support status. If they have arrears, the NDNH sets up automatic income withholding orders. While some may protest this as government overreach, the fact remains that it is effective. Since the inception of the NDNH, delinquent support claims have decreased significantly nationwide and by double digits in almost every state.

While some may be reluctant to involve an attorney in what is seen as a family matter, having a legal professional on your side can speed up the process of either paying or receiving back child support. The experienced Kane County family law attorneys at MKFM Law know that sometimes things get complex, and we are here to help make it simpler. Contact us today for a confidential initial consultation.