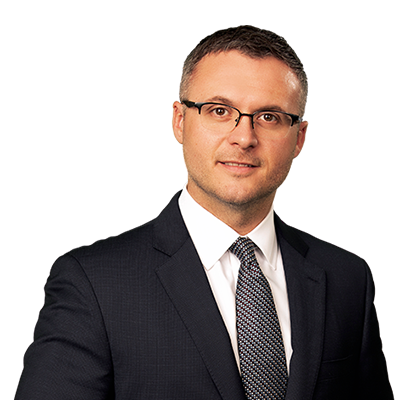 A highly regarded attorney with more than ten years of legal experience, Mr. Bedwell represents clients who seek the highest level of expertise for their legal issues involving divorce, child custody and support, alimony, property division, and all other aspects of family law. His distinguished service spans the greater Chicago area, including DuPage, Cook, Kane, Kendall, Lake, Will and McHenry counties.

Mr. Bedwell is passionate about education and has devoted many hours volunteering at Mock Trial competitions involving several area high schools, where he engages with students and encourages elevated academic competition. As a special guest in many high school classrooms, Mr. Bedwell has been able to share his wisdom and real life experiences with students and staff. Additionally, his devotion to education is demonstrated by his volunteer work with the Constitutional Rights Foundation, an organization dedicated to educating America's young people about the importance of civic participation in a democratic society.

A 2004 graduate of Northern Illinois University with a Bachelor of Arts in English, Mr. Bedwell attended the John Marshall Law School in Chicago, where he earned his Juris Doctor in 2010. While in law school, he served as a member of the Domenick L. Gabrielli National Family Law Moot Court Competition, and he also won the CALI Award in Family Law in 2009. In 2010, the Illinois State Bar Association admitted him to practice, and Mr. Bedwell started his legal career by serving the city of Chicago as an Assistant Corporation Counsel.

An avid fly fisherman and woodworker, Mr. Bedwell enjoys the great outdoors, spending time with his wife, and attending the ballets of their two daughters.

The attorneys at our firm, Mirabella, Kincaid, Frederick & Mirabella, have more than 100 years of combined experience practicing law. We have held leadership positions in local and state legal organizations. Our years of appearing before judges and juries have given us a foundation in courtroom technique that puts us at the forefront of the legal community. Other attorneys, knowing our reputation as skilled litigators, frequently refer matters to us.

Our advocacy skills and courtroom experience frequently enables us to help our clients reach a successful resolution with the opposing party through negotiation and settlement. We will always look out for the best interest of our client whether it is proceeding through a trial, reaching a settlement through mediation or direct negotiation. To learn more about our attorneys, follow the links below, contact us at 630-665-7300.